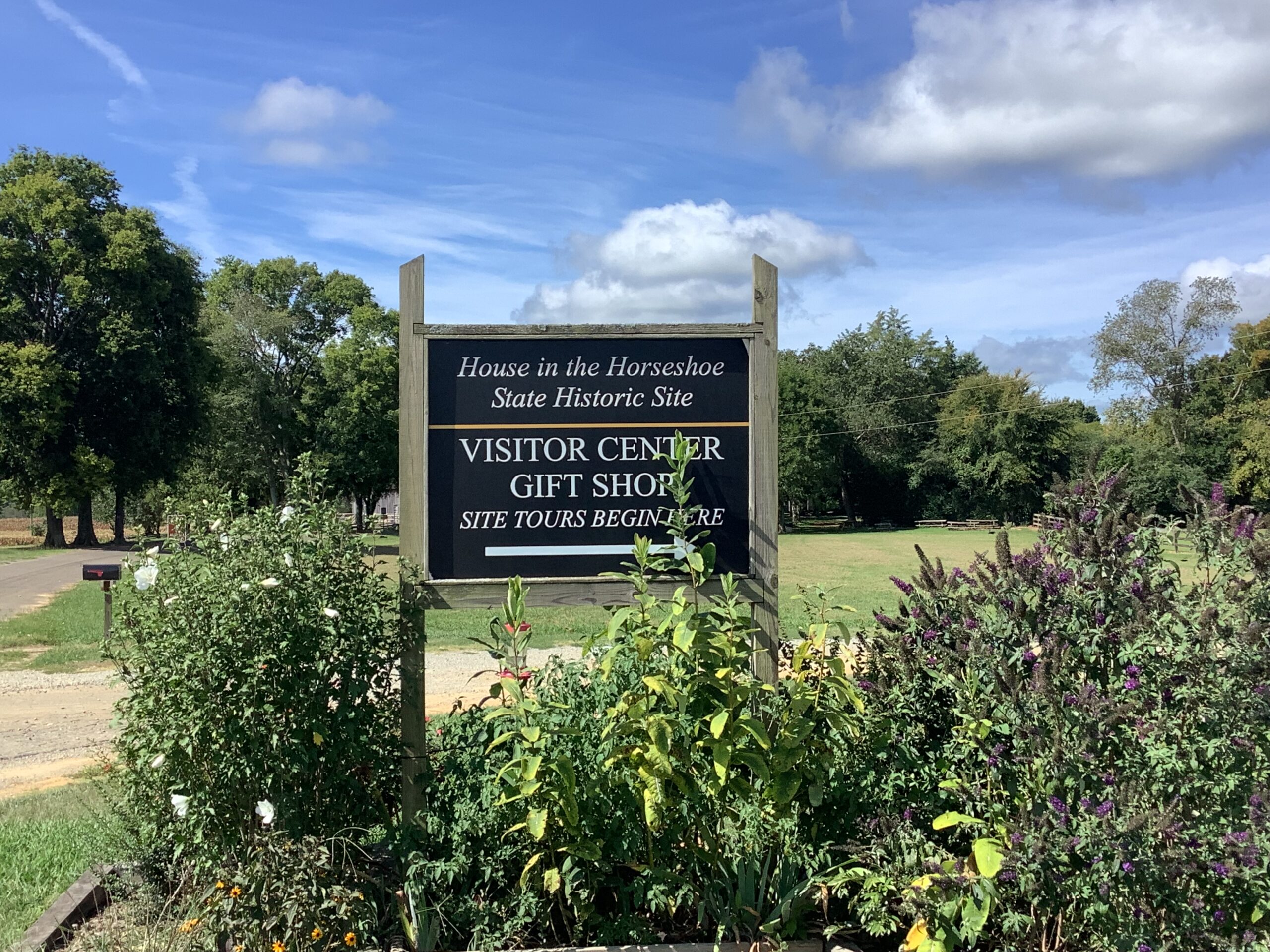 Inspired by a question at the last Occoneechee Amateur Radio Society meeting, I decided to set up a get on the air event at a Parks on the Air park.  The question came from a family living in the Sandhills NC area.  How do new people get experience learning about radios.  I thought one answer would be to hold a Parks on the Air event at a park called House in the Horseshoe in Sanford, NC.  I made a call to the facility and they were very receptive and they were open on Labor Day weekend (Saturday). I publicized it an a few other hams decided to join us.  We had a total of 5 stations set up.

An impromptu Amateur Radio exam was held by the FCVET.  Thanks to the VE’s W4CEC, KO4IHM, WO4ROG, N4MQU.  It was a great opportunity for two of the VE’s to get experience as a VE as they prepare to support the future Sandhills VE team.

Thanks also to the hospitality of the staff of House in the Horseshoe. 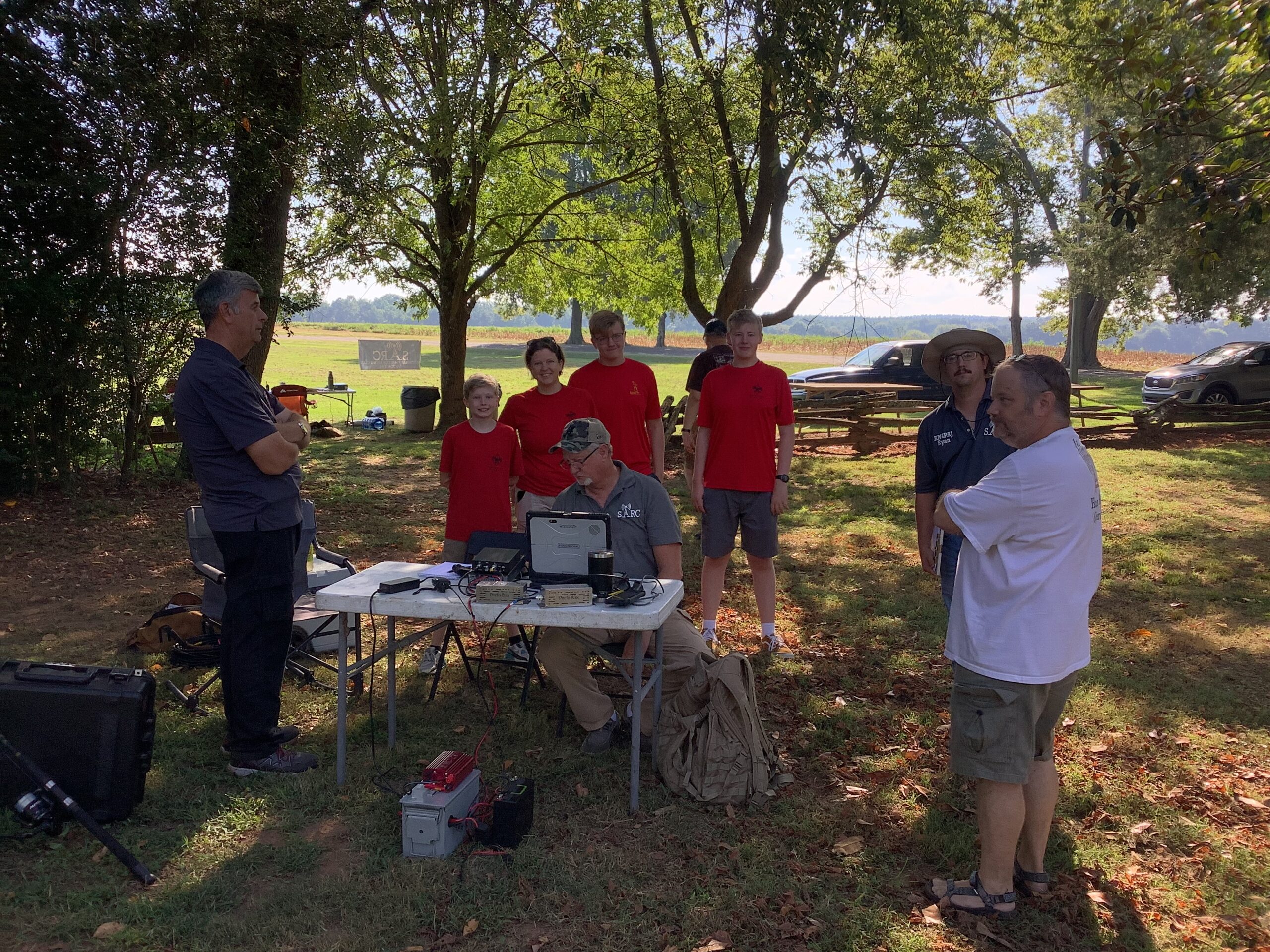 According to figures posted the contacts made are as follows

We also had JARSCOM. A ambulance converted to a communication vehicle.  This inspired a couple of visitors Jay & Margaret Rogers to stop by.  Turns out their son is KE4NKY Domingo Rogers the membership chairman of JARS.  Seriously this was a complete coincidence  They were visiting the park. 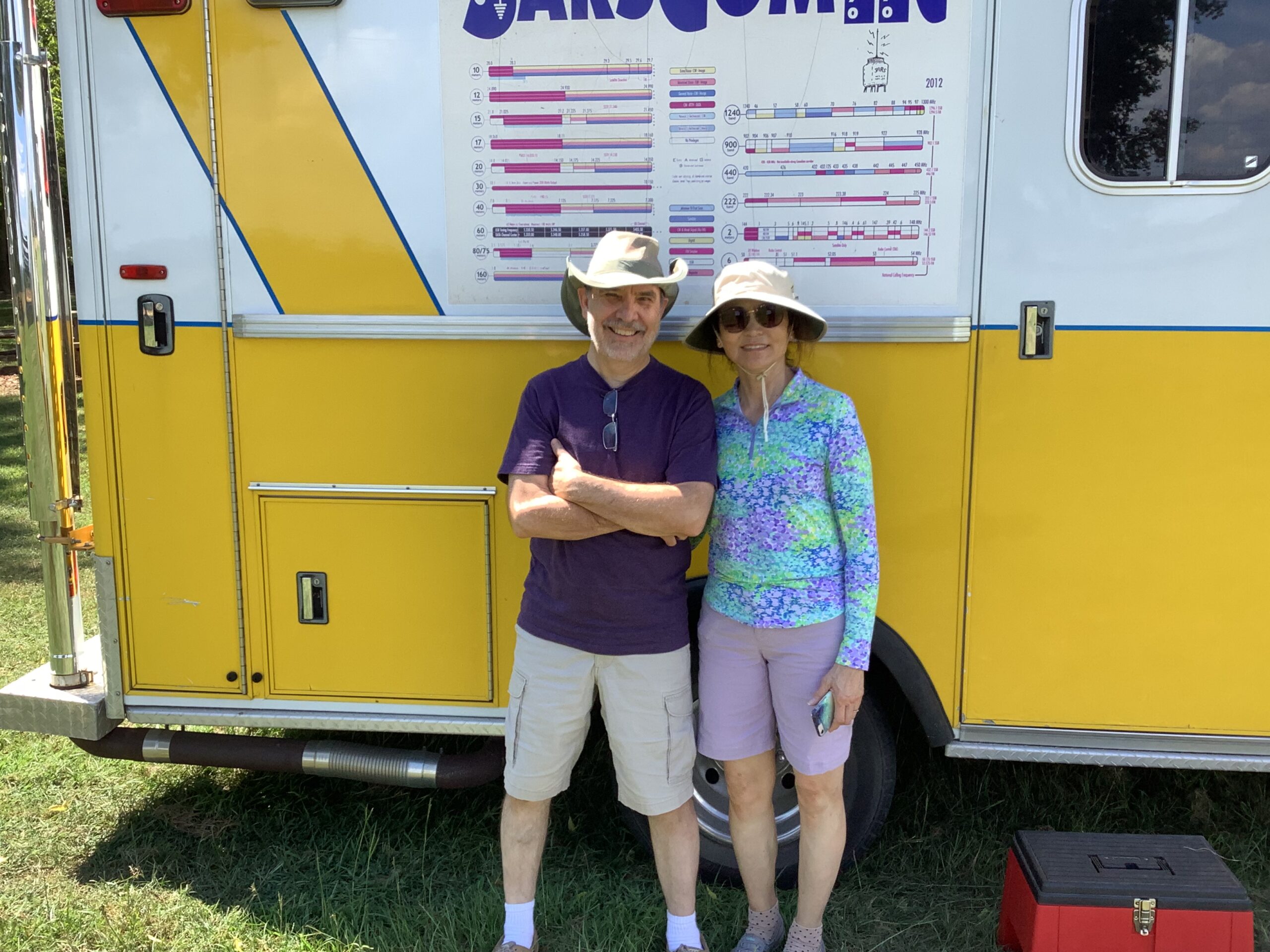 After JARSCOM showed up we had Nelson from the park office pay us a visit.  I had told him earlier the ambulance would be there.  He told me he use to work as a paramedic and he also worked at an ambulance manufacturer.  He was very much interested in how we converted it.  I also learned the park would like to know how many contacts we made.  They would be able to use that as outreach credit. It pays to make contact with park officials. 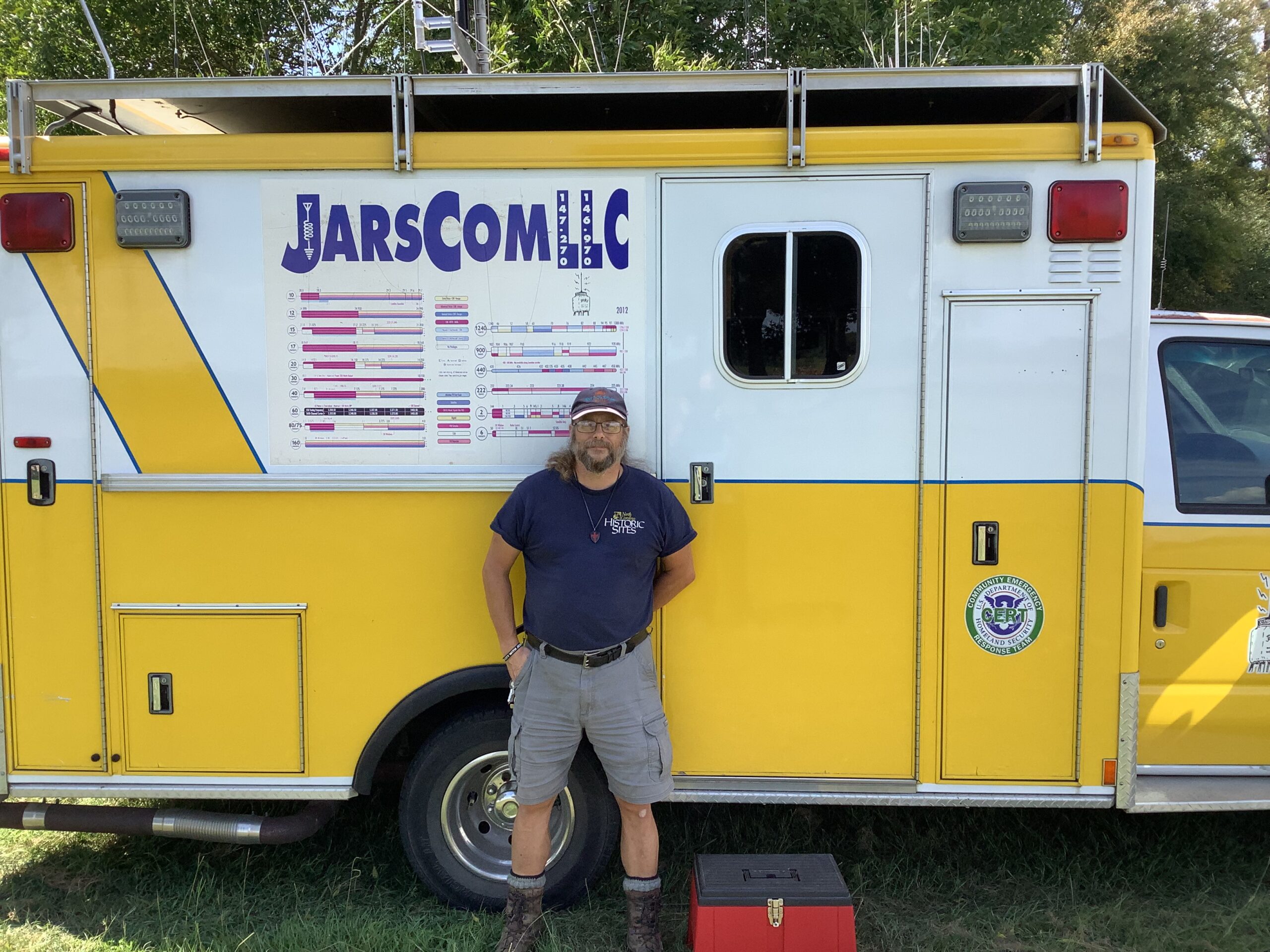 Thanks go to Johnston Amateur Radio Society for allowing JARSCom to be used for public outreach.  Also thanks to Jon Veno (KO4VIA) for driving the vehicle to the event. 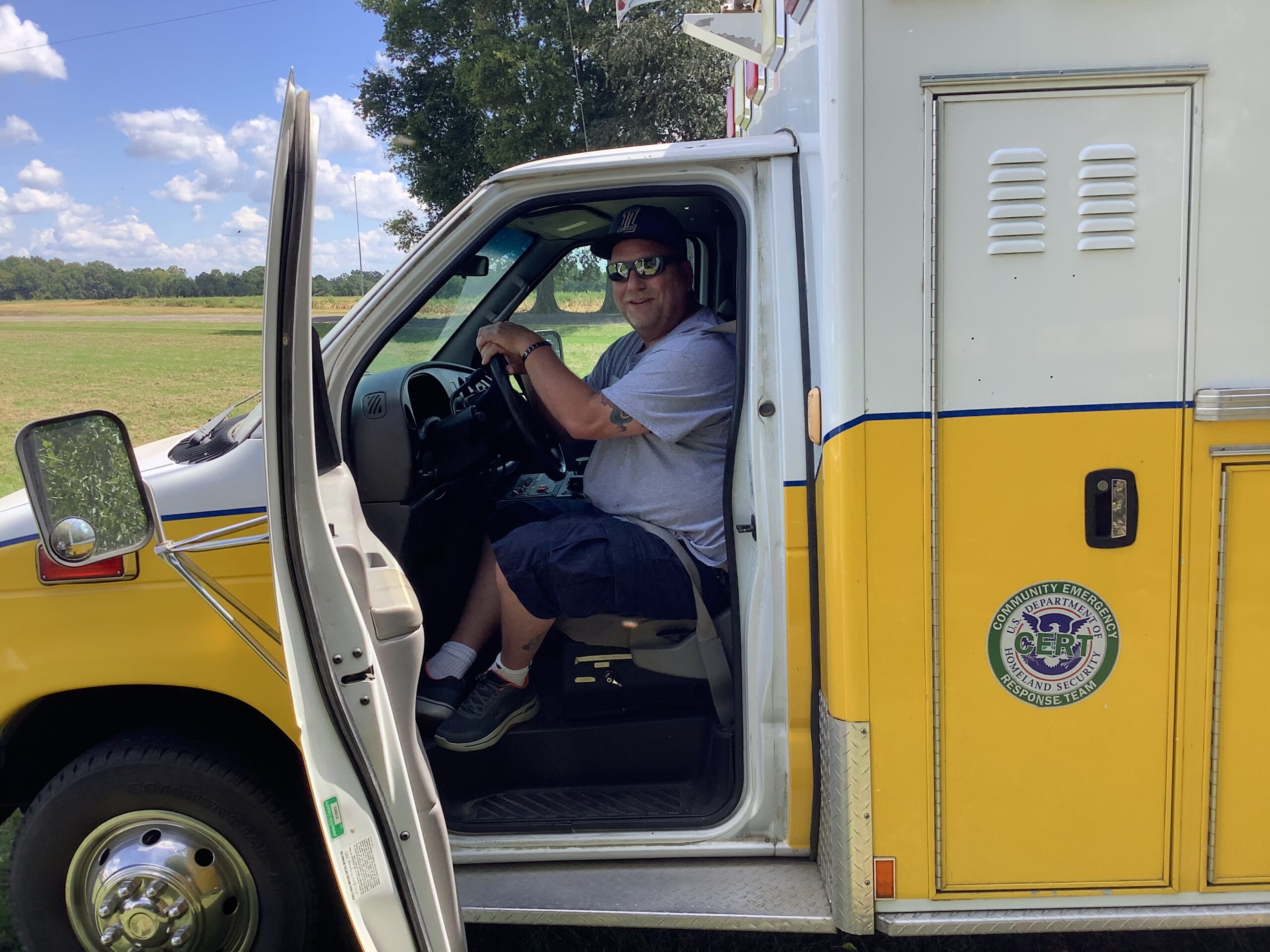 Take a look at the promotional video I made.

POTA on Christmas Day? You bet but I had to work from inside the car with my professional installation due to the cold weather.

NC K-8010 Mckinney Lake State Fish Hatchery. Thanks to all the hunters and p2p. Had to work from the car this morning. My professional set up. Sorry I had to leave some of you hanging band was kind of noisy. I am trying for my repeat offender for this park. I hope to get back…

If everything goes well next month this will be my new home park. NC K-8010 McKinney Lake State Fish Hatchery.  This park has some family connections.  My father was born just down the street from the park.  I’ve spoken to the ranger a couple of times and met his dogs on this activation. This was…

i have been a amateur radio operator for over 38 years and getting into the Parks on the Air (POTA) has been the rewarding activity I have ever done in amateur radio in the area of learning about portable operations and antennas. I activated my 30th park today and achieved my Gold Activator award. When a park…