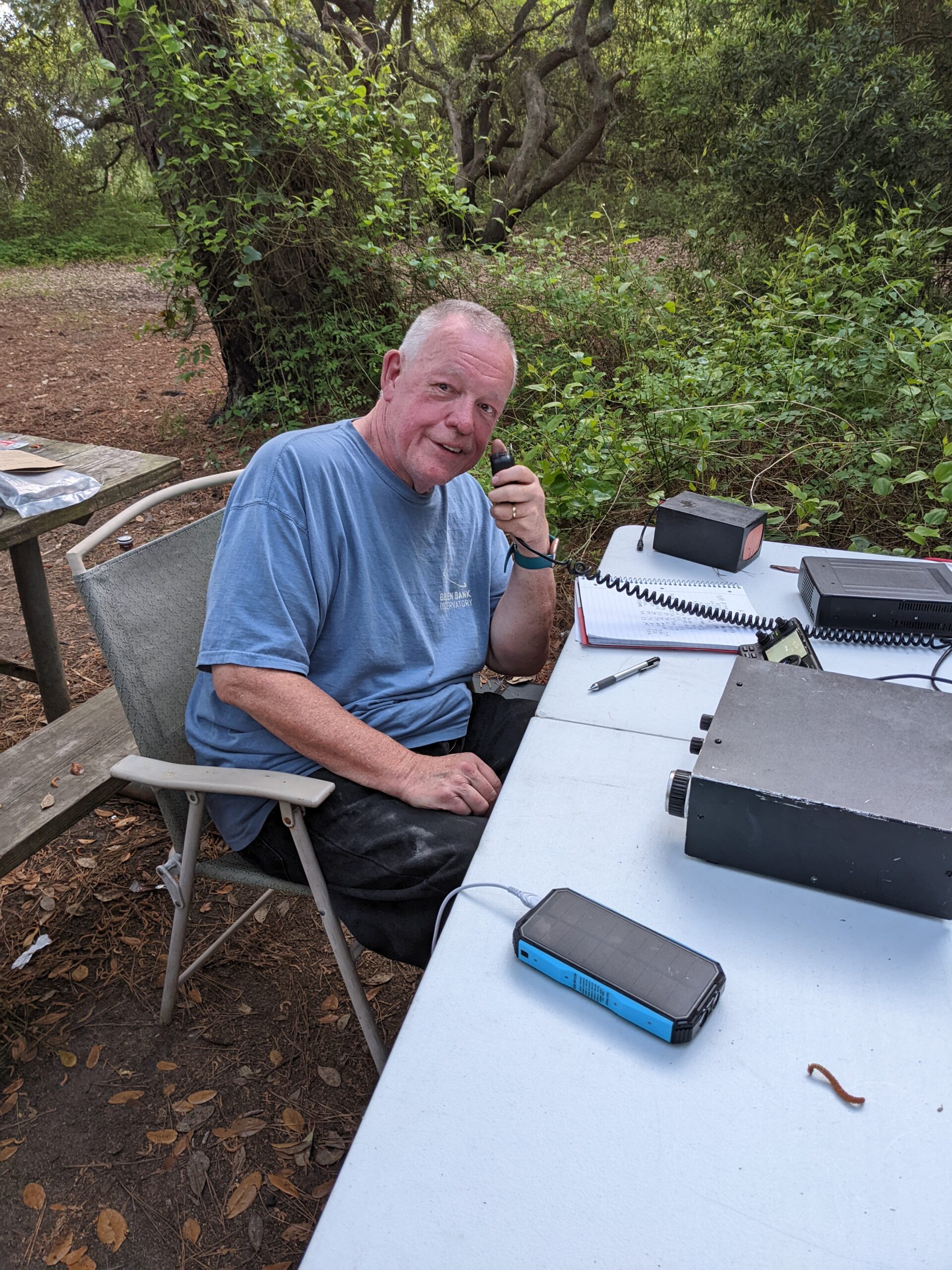 This is a recap of my first solo activation weekend at K-1299 First Landing State Park in Virginia Beach, VA. This park happens to be near my hometown of Norfolk, VA. The trip was first planned as a camping POTA (amateur radio) weekend but turned out to be a family, camping, POTA weekend.  See The article   It was planned with a record two week lead time. 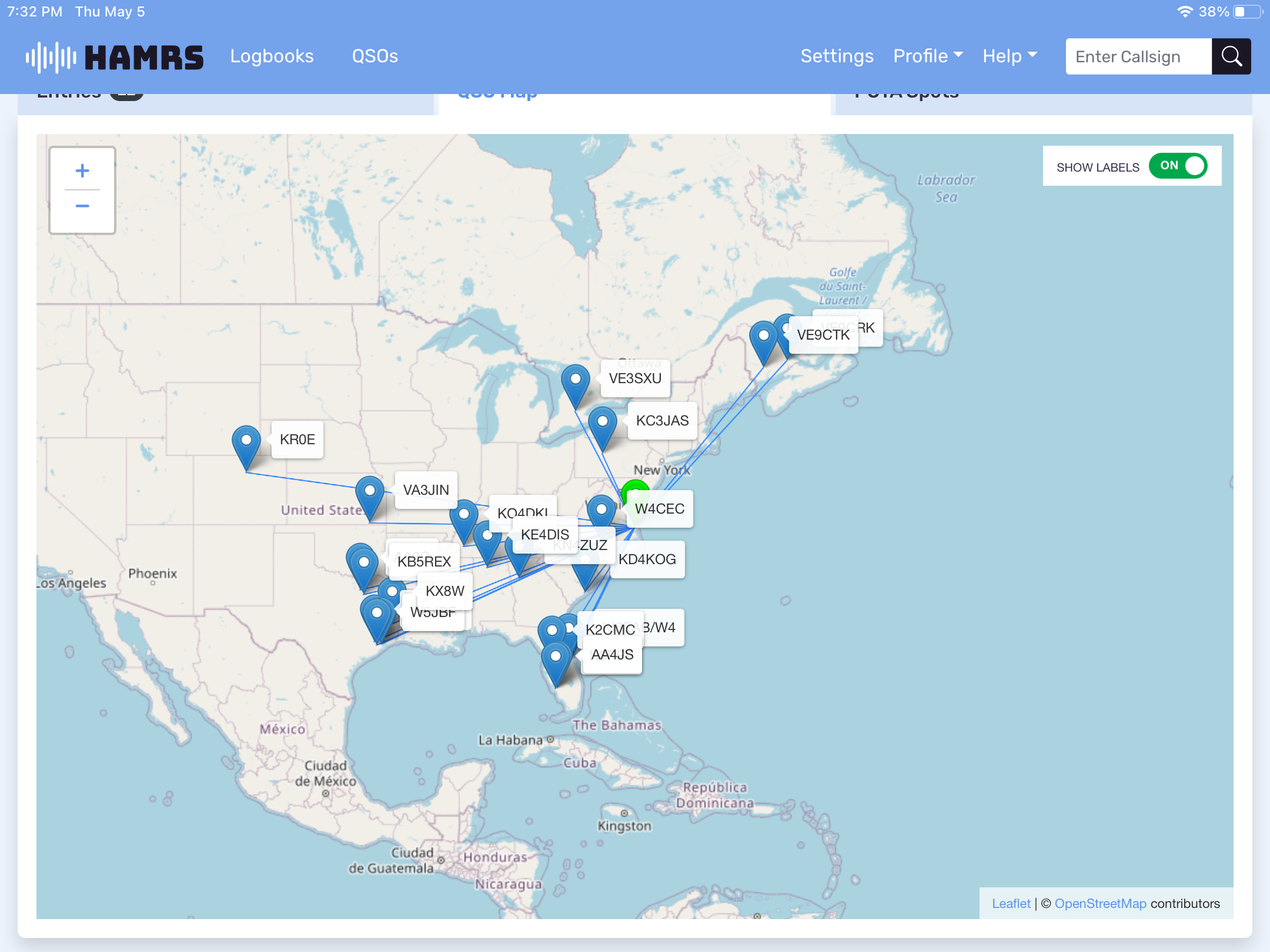 After the family left I started a fire. Just a little hint if there is a build up of ashes clear it out. 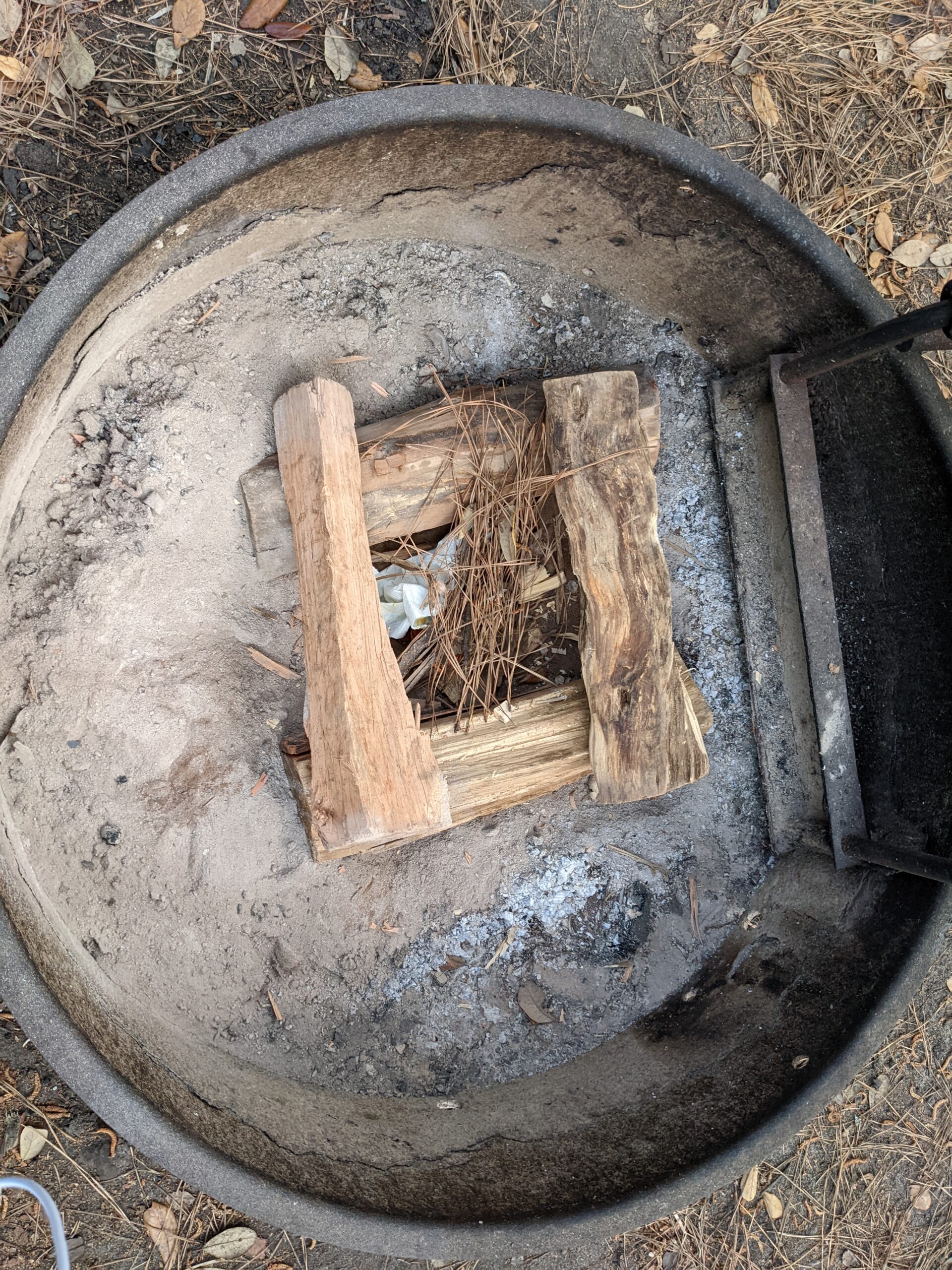 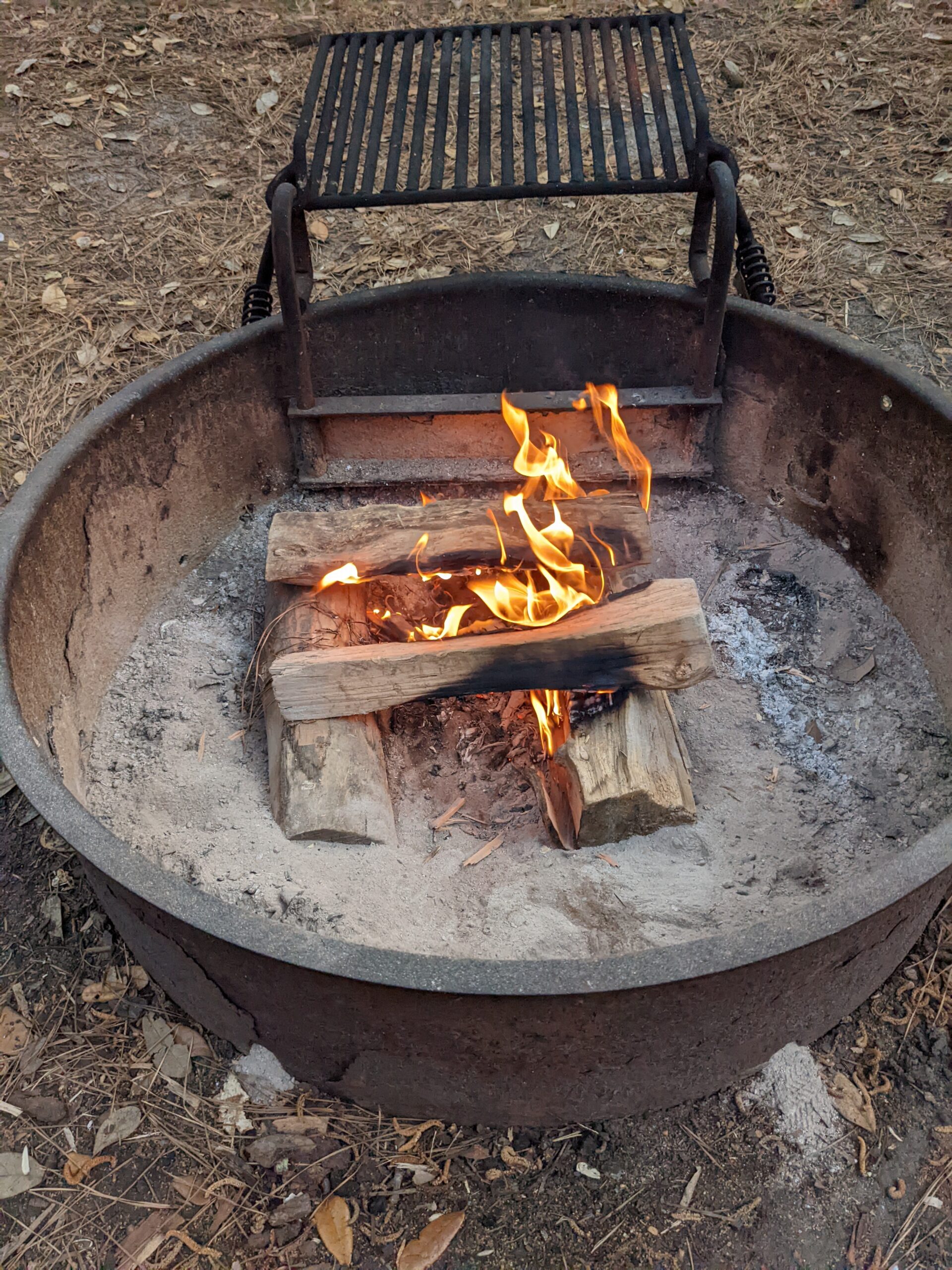 I started operating at 7:00 PM ET  thinking  the late shift started. I found out it didn’t start until 8:00 PM. So I was able to get the Saturday, Sunday and Monday activated because in UTC time changes to the next day at 8:00 PM. Does anyone else get confused about UTC?
Some of my amateur friends get over a 100 contacts. I was satisfied to just activating a park. 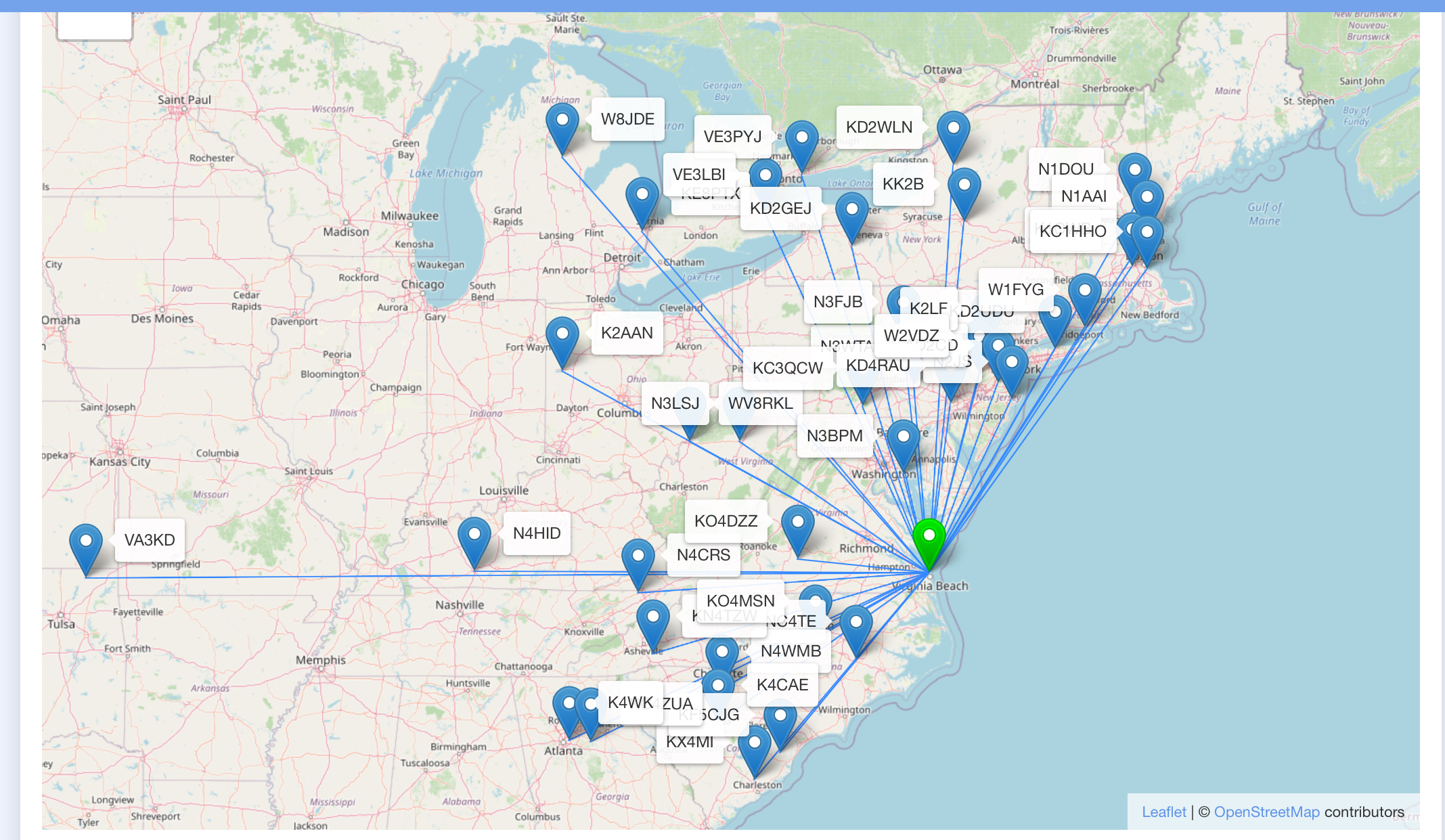 Monday at this time it started getting dark and I should have had my lantern with me.  I was able to hold my frequency and tell me fans to excuse me while I retrieved my lantern.

A new neighbor from the campground came by and asked to borrow a can opener. I was able to provide him one. He said he was from Virginia Beach and was there just for the night. I explained what I was doing but didn’t get any reaction. Sometimes I have a nice conversation with visitors and sometimes I don’t.  It seems funny the campground was crowded Saturday but by Sunday it had cleared out. Really nice and quiet. I guess one of the benefits of being retired I can camp during the week. 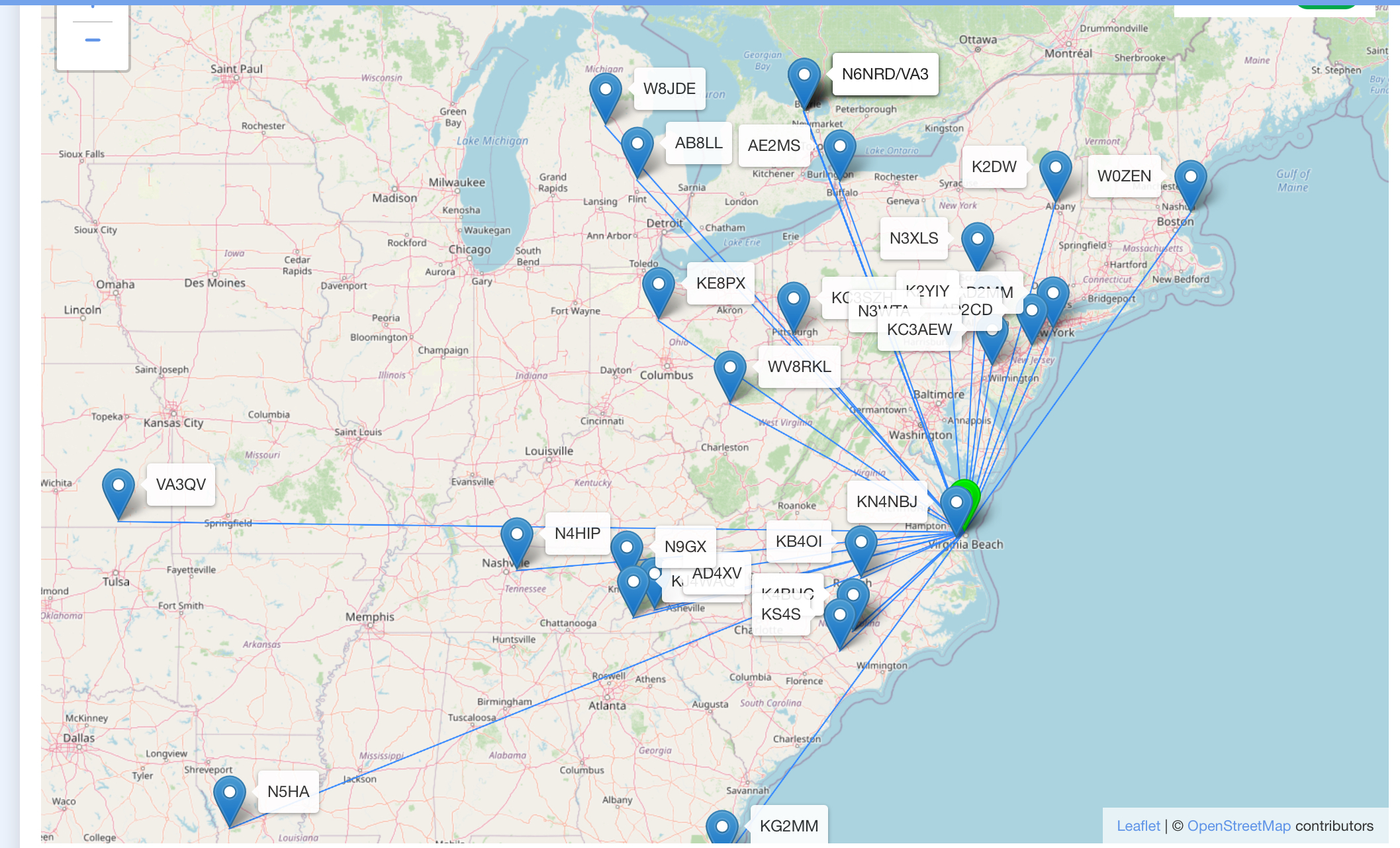 I completed my activation and reflected my weekend around the campfire. 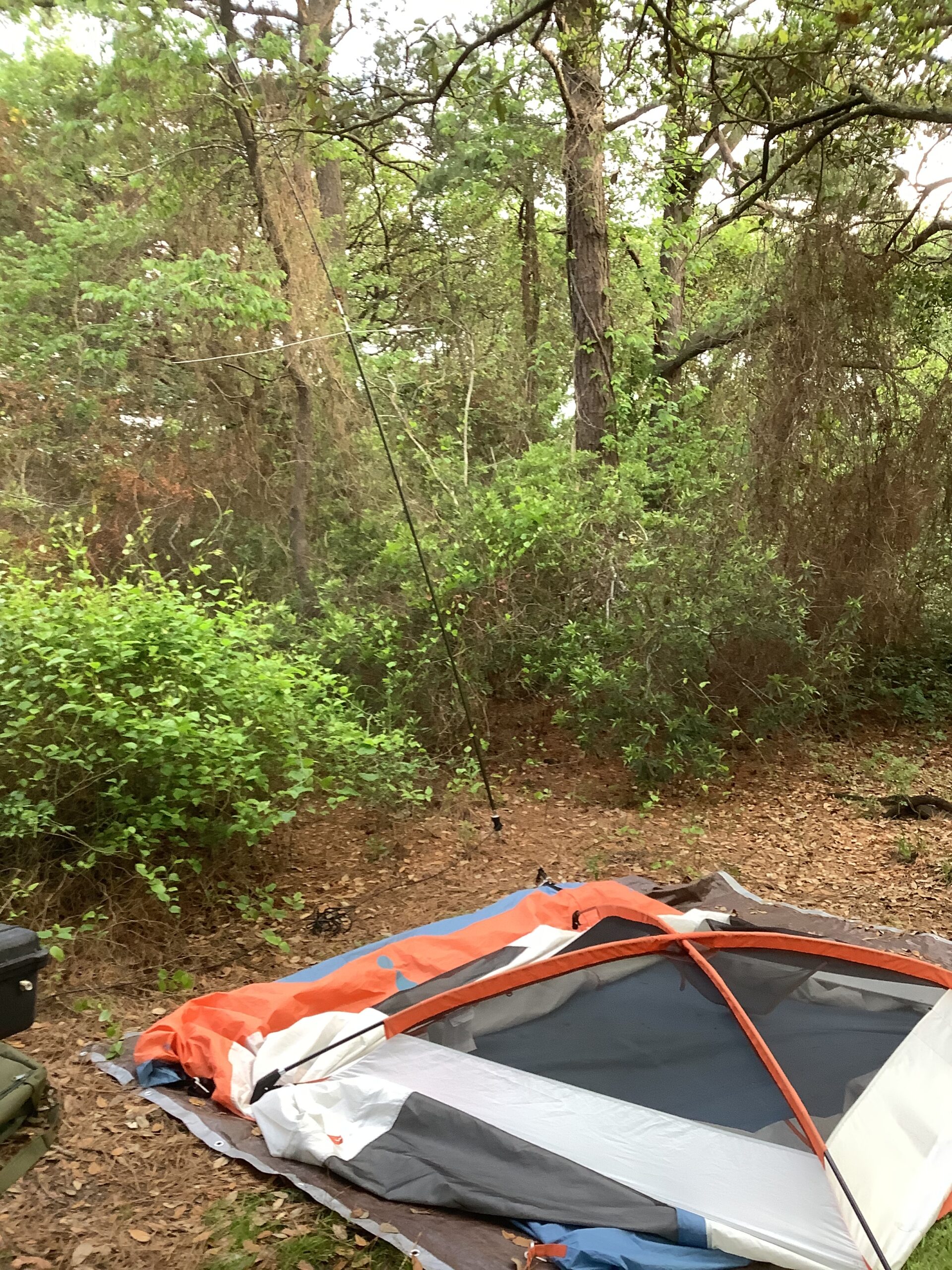 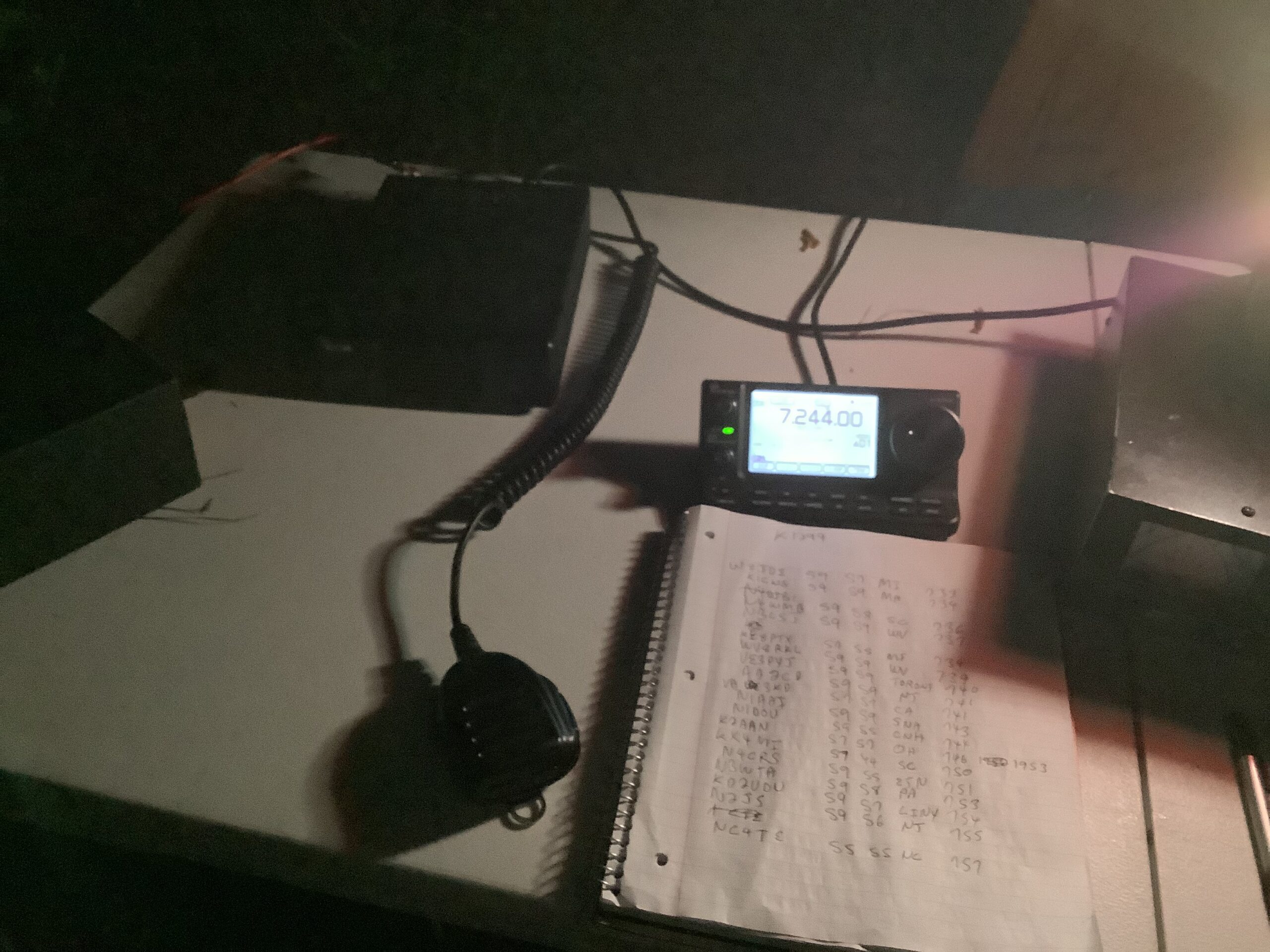 The next morning after a nice sleep I packed up the gear and attempted to get into K-8203 Cape Henry National Memorial. It is just down the street and it is inside a military base.  The officer told me the memorial was not open and I would have to come back at 10. I had about 30 minutes and hadn’t had breakfast and stopped at McDonald’s. I went back to the base and was told the memorial was not opened until 11. I asked is the schedule posted and he said the base is in a fluid situation and in order to get in I would need an escort.  Maybe next time I can get someone with the proper credentials and get in. The park had only been activated 10 times. I see why.  When I was growing up my father worked at the shipyard and he could get into any base with his credentials.  The good ole days.

After that I decided to go to K-0560 Back Bay National Wildlife Refuge. This was my old site my astronomy club had used for our night time observing. By this time it had gotten hot and I was not prepared with water and still had a 3 hour drive home. I did enjoy seeing my old hang out. I chose to come at another time. Thanks for reading. 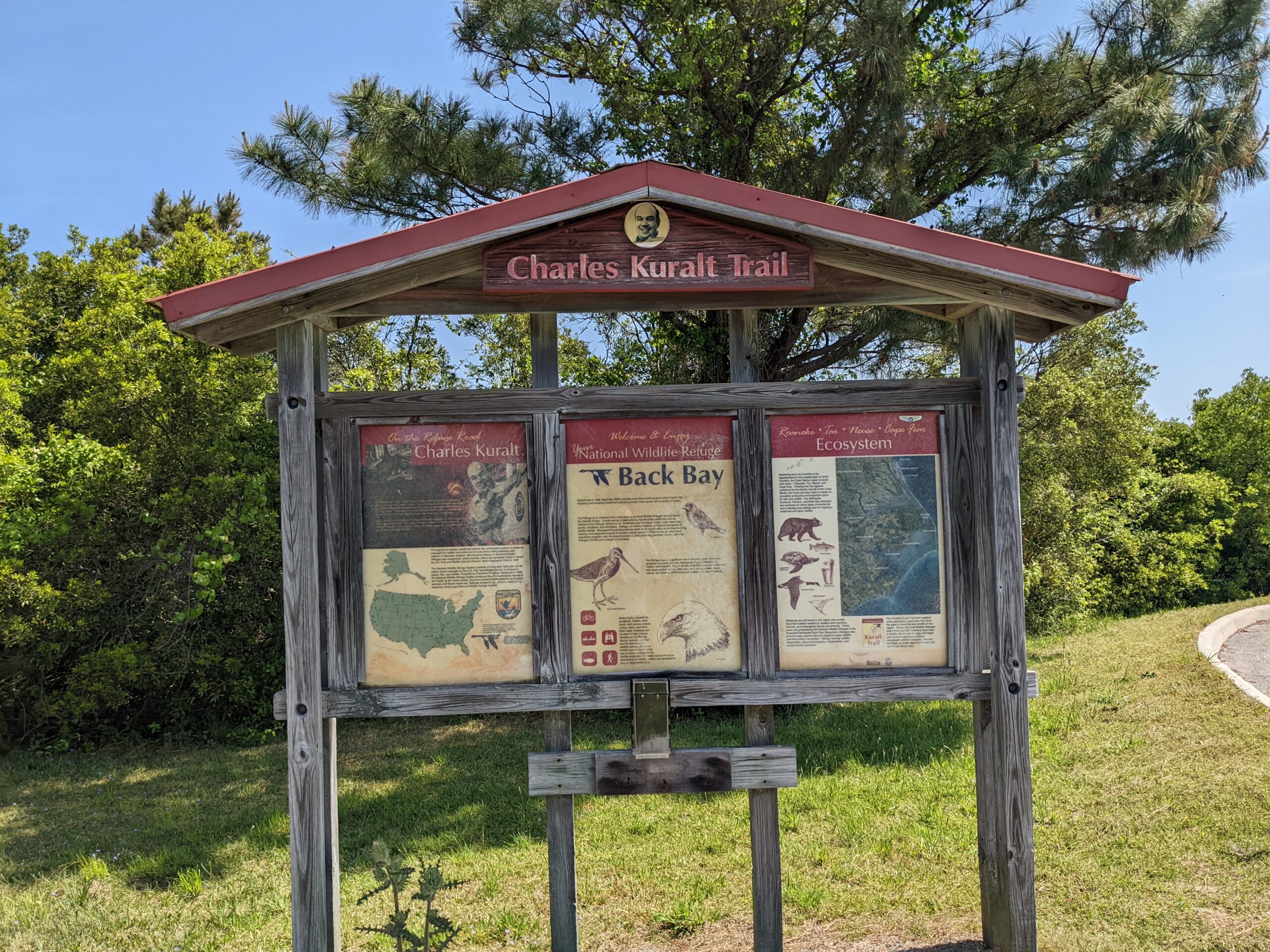 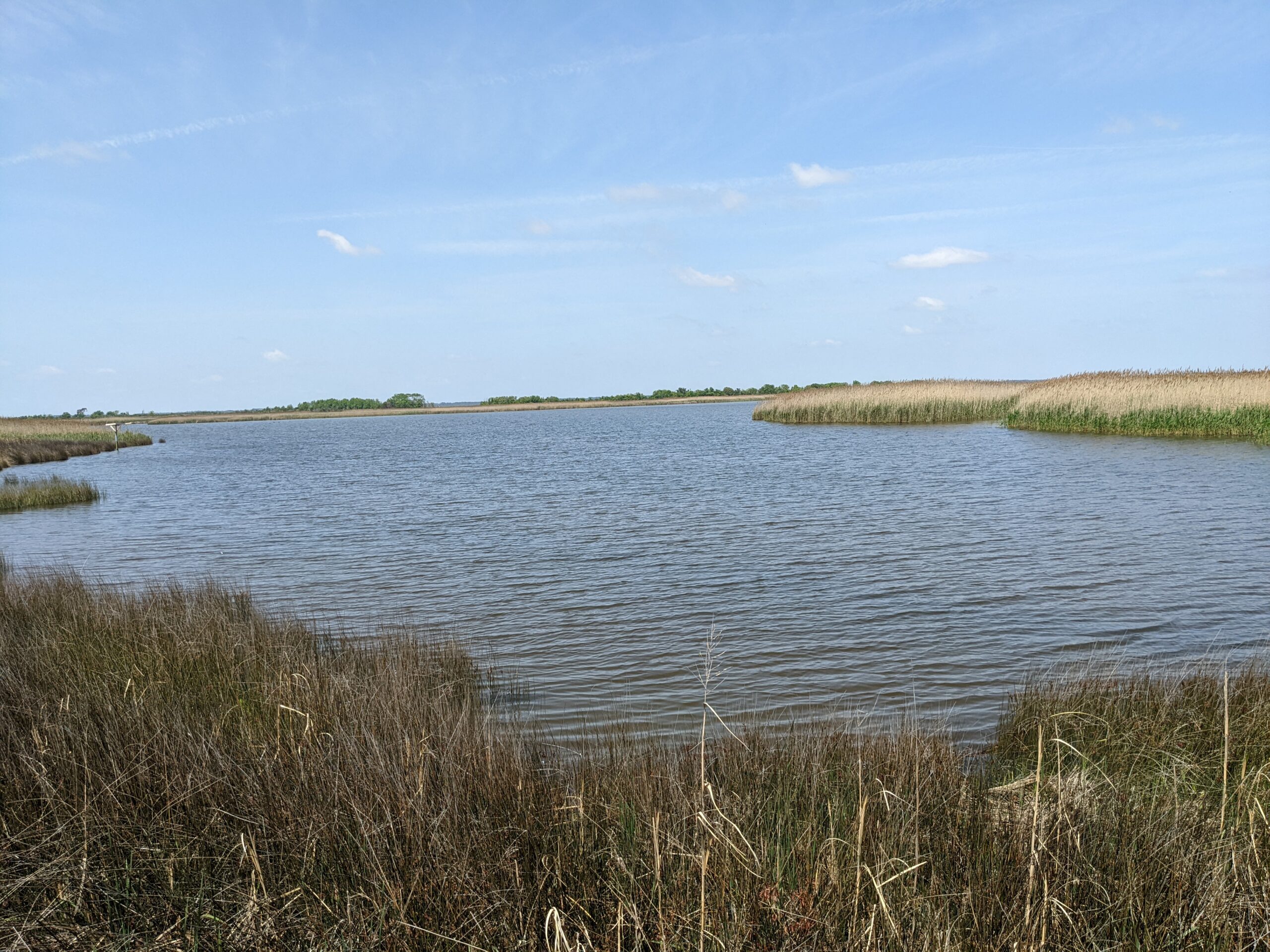 This is a recap of my first solo activation weekend at K-1299 First Landing State Park in Virginia Beach, VA. This park happens to be near my hometown of Norfolk, VA. The trip was first planned as a camping POTA (amateur radio) weekend but turned out to be a family, camping, POTA weekend.…

Had a great weekend near my birthplace Norfolk, VA. I knew it as Seashore State Park but it is now known as First Landing State Park. My amateur radio Parks on the Air (POTA) knows it as K-1299. See my article on thatAfter arriving I was able to set up my tent in 30 minutes…

I asked a retired preacher friend how do we know who wrote the book of the Bible.  He told me the first chapter of every book mentions it.  I started looking and found it is true.

I am listening to the Old Testament. Trying to listen to it for a minimum of 15 minutes.  I was in numbers today.  I was wondering if a burnt offering is available to those of us who has accepted Jesus as our savior?  No. We don’t need a burnt offering.  Jesus died on the cross…

What Sin Should the Church Tolerate?

This page is intentionally left blank.

The Devil Has Horns and Carries a Pitch Fork

That’s what he wants you to believe but he can come in all shapes and forms. He can make you believe in things against what the Bible says. Stay strong in the word so you will be able to catch the deceit sooner than later.

How is that the Holy Spirit is in the Old Testament?

I am surprised every time when I see the Holy Spirit in the Old Testament. Psa 51:11 Cast me not away from your presence, and take not your Holy Spirit from me. Does that mean God has a Holy Spirit before Jesus was born? Some of these questions I do not know the answer to. But I…